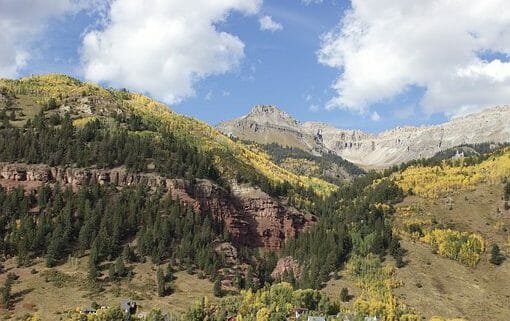 Great for Do It Yourself (DIY) Travelers


How to Select an Air Deal Tracking Service

Ok. So you know your planning on taking a couple of trips this year. You want to get the best deal(s) possible but you don’t want to pay a travel agent for each ticket purchased. Performing travel searches everyday to see if the price has changed also doesn’t appeal to you.

Looking for an air deal tracking service comes to mind.

What if you’re not 100% set on specific destinations for your trips. You know you want to take a Beach Vacation, A Ski Trip and a Big City Cultural excursion. You just aren’t set on exactly where you want to go for each trip. You’re open to going where you can get a good deal.

PRICE INSPIRES YOUR DESTINATION. You would consider Cabo San Lucas or San Diego for a beach destination for example. Which ever had the better deal.

But which service? You can sign-up for an airline tracking service but what if another airline offers a deal?

You could join multiple airline lists…focusing on airlines serving your airport. That’s potentially a lot of emails coming in. Also, it doesn’t guarantee that you’ll get the best air deal.

Sometimes, online travel agencies will offer a lower fare. They will also sometimes offer a discount off promotion which can lower the fare. With a lot of these services you’ll often see deals that don’t note travel to or from Montrose. 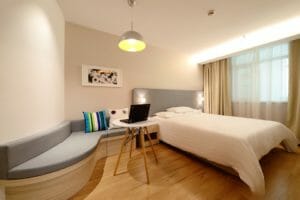 What About Air + Hotel Package Deals?

Many airline deal newsletters don’t typically share deals that include hotel. Sometimes a travel package, including hotel can get you an overall lower price than purchasing air and hotel separately.

In fact, there are so many ways, including tours etc…to get travel deals. Limiting yourself to just an airline or airlines or online travel agencies won’t completely cover your efforts to SAVE on Travel.

SAVING on Air Travel is not just about the Air Ticket Cost Alone!

I Want to Get a Great Deal but Don’t want to Receive a Ton of Emails from Many Sources!

I get it. Neither does Montrose Flyer.

However, we do sign-up for airline e-newsletters because SAVING on Montrose Travel IS OUR BUSINESS.  Montrose Flyer also signs-up for Online Travel Site deals. We sign up from any conceivable source that can help us direct you to a great air and travel deal to/from the Montrose region. We research air deals through other online sources daily so that you don’t have to. You can search only from the curated deals that we’ve sent you and only spend the time when you find a deal that interest you.

Montrose Flyer does an exhaustive look for Montrose specific deals. WE LOOK SO ALL YOU NEED TO DO IS BOOK!

Travelers should get a curated list of air deals specific to Their local airport!

Montrose Flyer Believes you Should Look for a Travel Deal Searching Service Like Ours!

There are travel deal searching services like: The Flying Deal, Secret Flying and Scott’s Cheap Flights among others. These websites and services do a great job of hunting down air deals. Many of these services charge a fee.

Often these other sites focus exclusively or almost exclusively on International travel. Additionally they tend to look for the deals to/from the big city airports. Montrose clearly does not have a big city airport status. Logically, prices are higher, and the regional population much smaller so Montrose doesn’t receive the same attention from air deal searching websites. Their deal searches often don’t include any deals into or out of Montrose or Montrose, Grand Juction, Cortez or Durango Airorts. From these services a Montrose Flyer might get one out of 500 deals that actually apply to them if they are lucky.

Montrose Flyer is focused solely on Montrose Flights and Montrose Travelers. This means a traveler looking to fly to Montrose or Montrose locals flying out. We check for these specific Montrose deals regularly. Our goal is to find any good air deal we can find to primarily Montrose – Montrose – Cortez – Grand Junction – Durango airports and present this to our members. Occasionally we’ll show you a deal out of Denver. We only show these deals when prices are much lower than from the Montrose airport. When you factor in added travel time and cost, we need to believe the Denver option remains the better deal. You won’t see air deals that only concern flights to/from Los Angeles or New York City for example.

100% of the Air Deals we Alert our Members to are Pertinent to Montrose Flyers!

We call this a Separate Ticket Deal. Travelers need to be careful with a separate ticket as there can be negatives to this ticketing. We spell out the potential challenges to these tickets as well as actions you can take to avoid these challenges. With Montrose Flyer advisement you can overcome the challenges and still get a great air deal!

A lot of other travel sites don’t dig into the individual needs of the Montrose Flyer like we do.

IMPORTANT TO SAVING ON FLIGHTS
Great air ticket deals can often be bought up quickly or unadvertised sales only be available for a very short time so receiving air deals fast can be important in helping you beat out others to your travel savings! 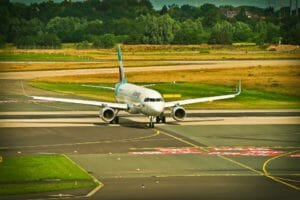 If you like going through a lot of emails, signing up for multiple air deal services makes sense.

Do you only want international air travel deals?
Sites like The Flight Deal and Secret Flyer make sense.

Want to join the discussion?
Feel free to contribute!